Be the first to review this product
Special Price $15.00 Regular Price $16.99
In stock
SKU
SA1783
Add to Wish List Add to Compare
Xhorse vvdi BE Key Pro Improved Version
Skip to the end of the images gallery

This is PCB only without case.
1 VVDI BE Key Pro Improved Version = 200 VVDI MB BGA Tool Points= 1 VVDI MB BGA Token, please get the token yourself in APP.

1. Fix the bug that W164/W639 EIS data doesn't synchronize the key.
2. Fix the bug/fault that the BE key stop work after repeatedly turn ON the ignition without remove key out from EIS/EZS for example with work on diagnostic...switch IGN OFF---ON for erase faults...then car not start
3. Fix the bug/fault of trunk remote open on cars where power lifts on trunk door mainly...
4. Fix the bug that the BE key only sent RF signal for one time, after update, the RF signal can be sent for two times when press and release the key.
5. Modify the rolling algorithm, fix some errors of BE key.
6. Add pre-roll algorithm: the HASH value can roll ahead.
7. Adopt car-grade quartz crystal, improve infrared communication stability.
8. Boost the infrared signal when you press the button.
9. Support resetting the key frequency between 315MHZ and 433.92 in the way of VVDI MB tool or the PCB SMD resistor

The way to reset the frequency with the PCB SMD resistor:

Weld the 1K SMD resistor on the position the arrow points and the frequency is 315MHZ, after remove it will be 433.92MHZ.

How to assemble the case with VVDI BE key Pro improved version board?

This post shows the general guide on how to assemble VVDI BE Key Pro imrpoved version with the Smart Key Shell 3 Button for Mercedes Benz.

1.Put the VVDI BE key Pro improved version PCB into the case. 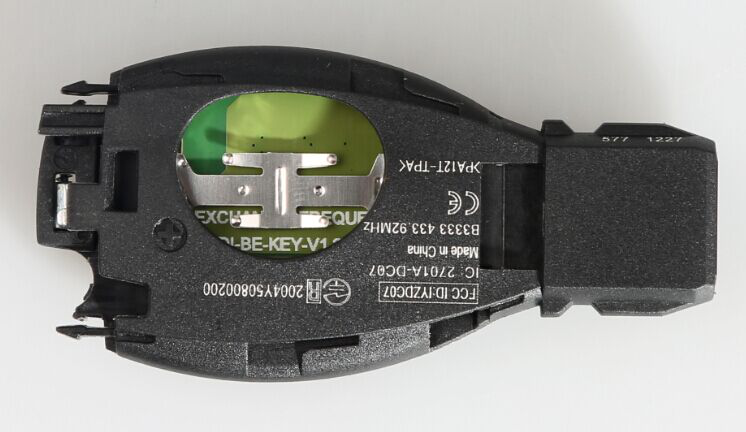 3.Insert the battery and cover the case.

4.Push the metal strips on both sides into the right position.

If the rear metal component is first assembled, then the metal strips on both sides won't be able to pushed into the right position. 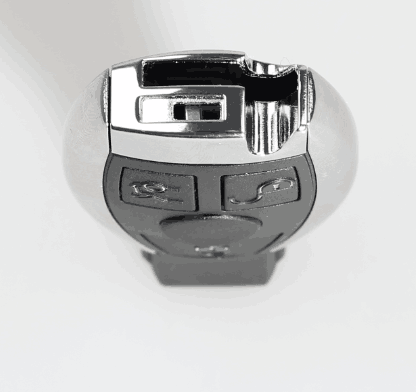 6.Put into the small key and start button. 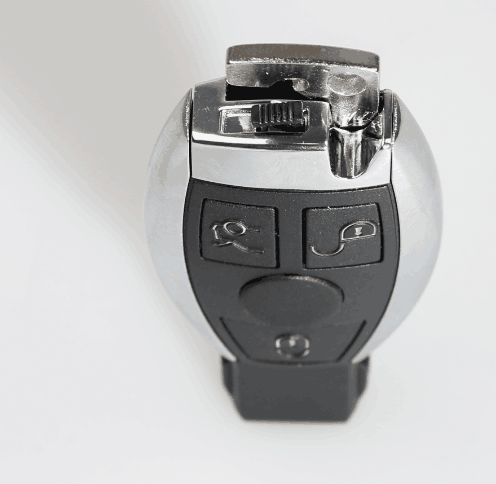 If you want to disassemble the case, please do it from the last step to the first step. 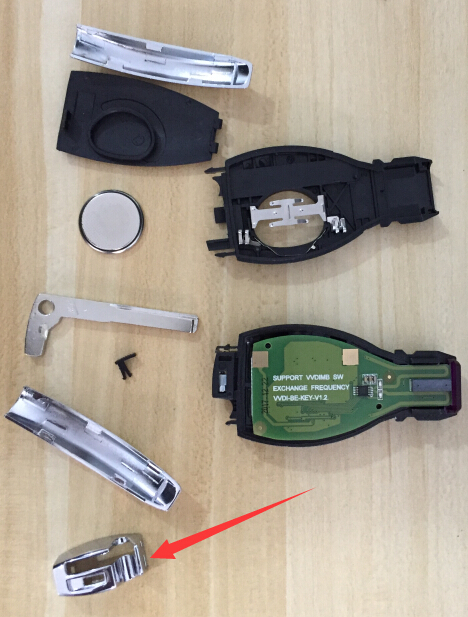 Note: If the rear metal component is firstly assembled, then the metal strips on both sides won't be able to put into the right position.