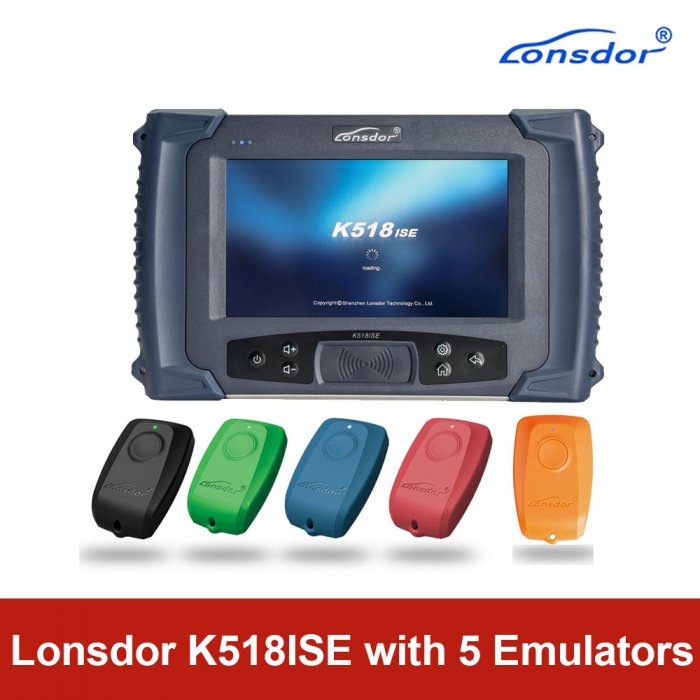 For cars marked Red enjoy 180 days free trail. You need to subscribe to use later. If you don't need these newly updated car models. You don't need to pay for service, your tool will go back to normal.

1. Press and hold the power button for 2 sec to turn on/off; In start status, when standby for 2 min, the key will automatically shut down; After switching 3 times, the key will be initialized, and can be recycled again.

3. After receiving the product, please open the back cover of each emulator and install battery first before using it.

Bind emulator key: first use, it is required to bind SKE-LT emulator to K518ISE main unit;
Backup EEPROM data: backup on board computer immodata;
Make emergency emulator key: with the backup immodata to make the designated SKE emulator key to the key that can replace the original master key. Such key can be used to turn on the ignition, then add smart key can be proceed;
Add smart key: to add a smart key.
Delete smart key: to delete a programmed key.